Here are some of the shows that are about to happen.


There will be no carving meeting next Wednesday as it is Remembrance Day. We will meet the following Wednesday November 18, 2015.
Posted by Rick den Braber at 9:30 PM 2 comments:

Well carving Season is here once more and so is the rain. Here are a few picks from some of my recent works. Speaking of work I have not been there a lot lately as I had to take some holidays and it is giving me plenty of time to see what it might be like to be retired.


Our Club The Central Fraser Valley Wood Carvers has started another Season of carving and socializing. We have just had our Annual General Meeting and have a new Executive with some different faces running the club this year. There will be a fresh look at how the club will be doing things and what the program will look like. The minutes will be out soon and I will publish them and you will be able to see who and what will be happening. Some hints a new and improved show is planned and members will be able to make a bentwood box if they so desire. Those are just a couple of things rumoured to be happening. We'll let the people running the show get organized and put together a schedule and than we'll publish it here. Till next time Carve Safe.
Posted by Rick den Braber at 9:13 PM 1 comment:

Here is a Link to the Brant Carving and Art Show now 25 years old, which will be held this weekend if you fancy a trip to Vancouver Island.  www.thebrant.ca The Brant is actually a seagoing goose so you know that birds are big at this show as well as fish are a big thing. I will let the website inform you of the info as I might miss some important points. Enjoy.


Another show two weeks away is the Quilceda show in Marysville. Here is the Link http://www.quilcedacarvers.org/bbs/
Posted by Rick den Braber at 7:07 PM 2 comments: 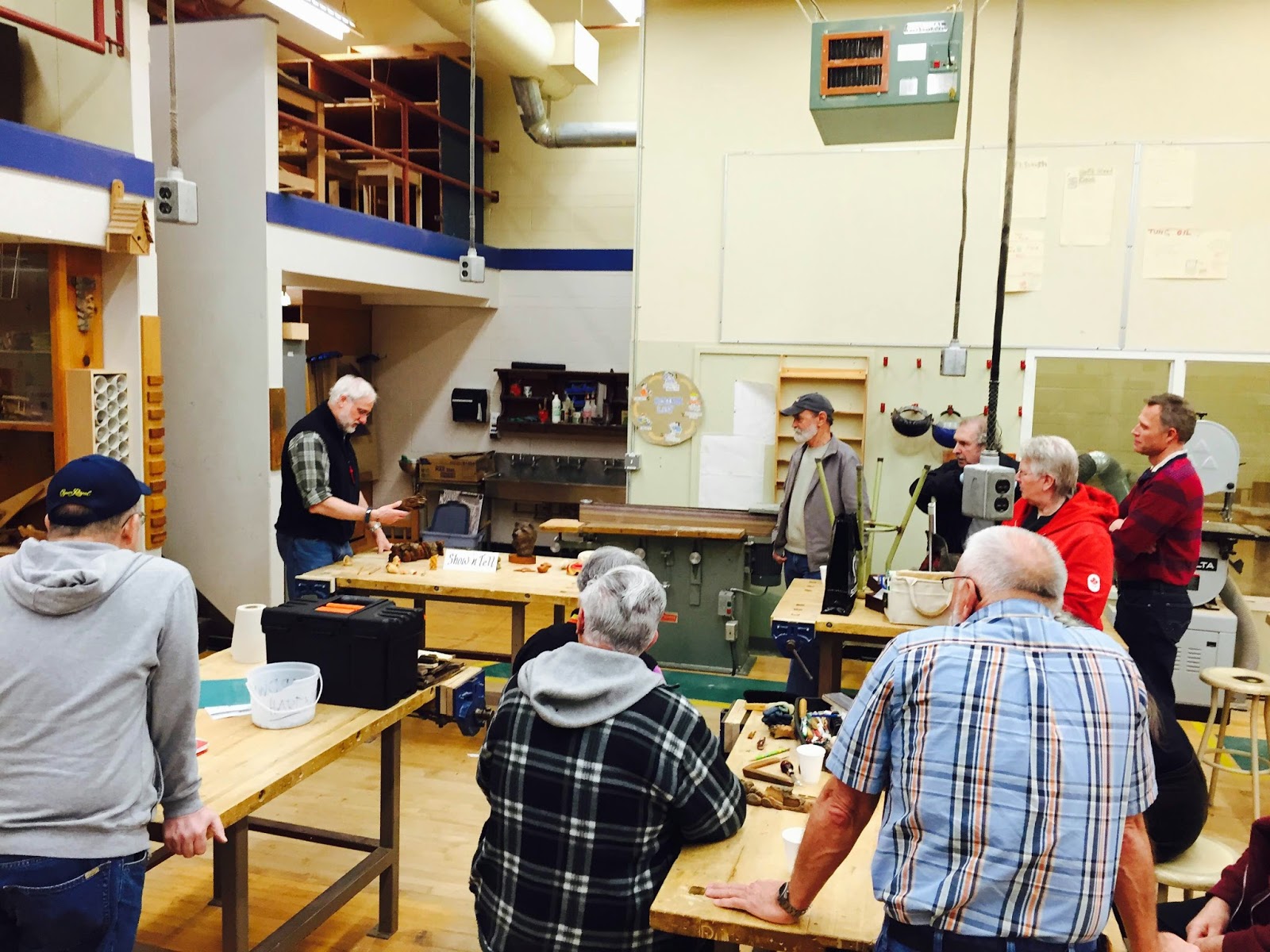 Here is a photo taken by Grant at our last monthly meeting during the show and tell portion of the meeting. There will be no carving this week the 18th or next week the 24th of March. Our next carving session will be on Wednesday April 1st. We will have our monthly meeting and Helmut and the Moose carving group will be on for the continuing Moose Seminar. Bark Carvers will conclude the house carving the following week but we are ordering a second box of bark so that you can continue to play and experiment with the bark. Perhaps we can do an eagle feather in bark for something different?

Posted by Rick den Braber at 12:53 PM No comments:

We normally have our show in May and May is fast approaching. We have decided to postpone our show this year and evaluate what it is that we as a club want out of our show. A group of our carvers are sitting down together to generate some fresh ideas for us and see if they can come up with some exciting things that everyone will be willing to participate in. Stay tuned for more as these hard working folks put together a plan for the future. As club members your input will be called upon in the not to distant future. Stay tuned for more......
Posted by Rick den Braber at 7:11 PM 1 comment:

Here are four small bark carvings. The bark was harvested from downed cottonwood trees located not to far from Carcross, Yukon. It was harvested between Christmas and New Years on a balmy -24 degree Celsius day. It was sunny! and the wind was not blowing. The bark is thin around 2 inches or so. The smallest of the four carvings is about 4 inches tall. 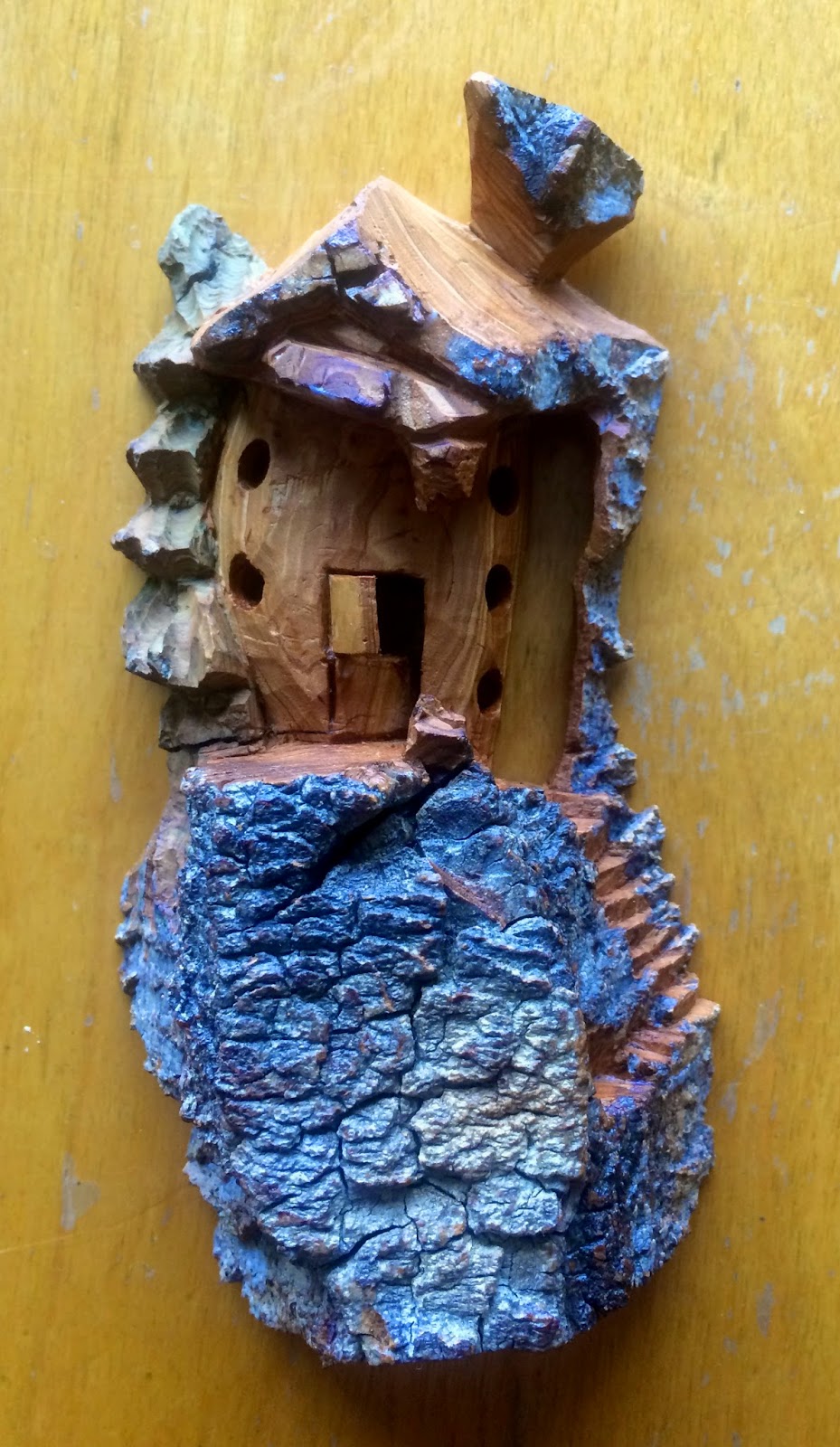 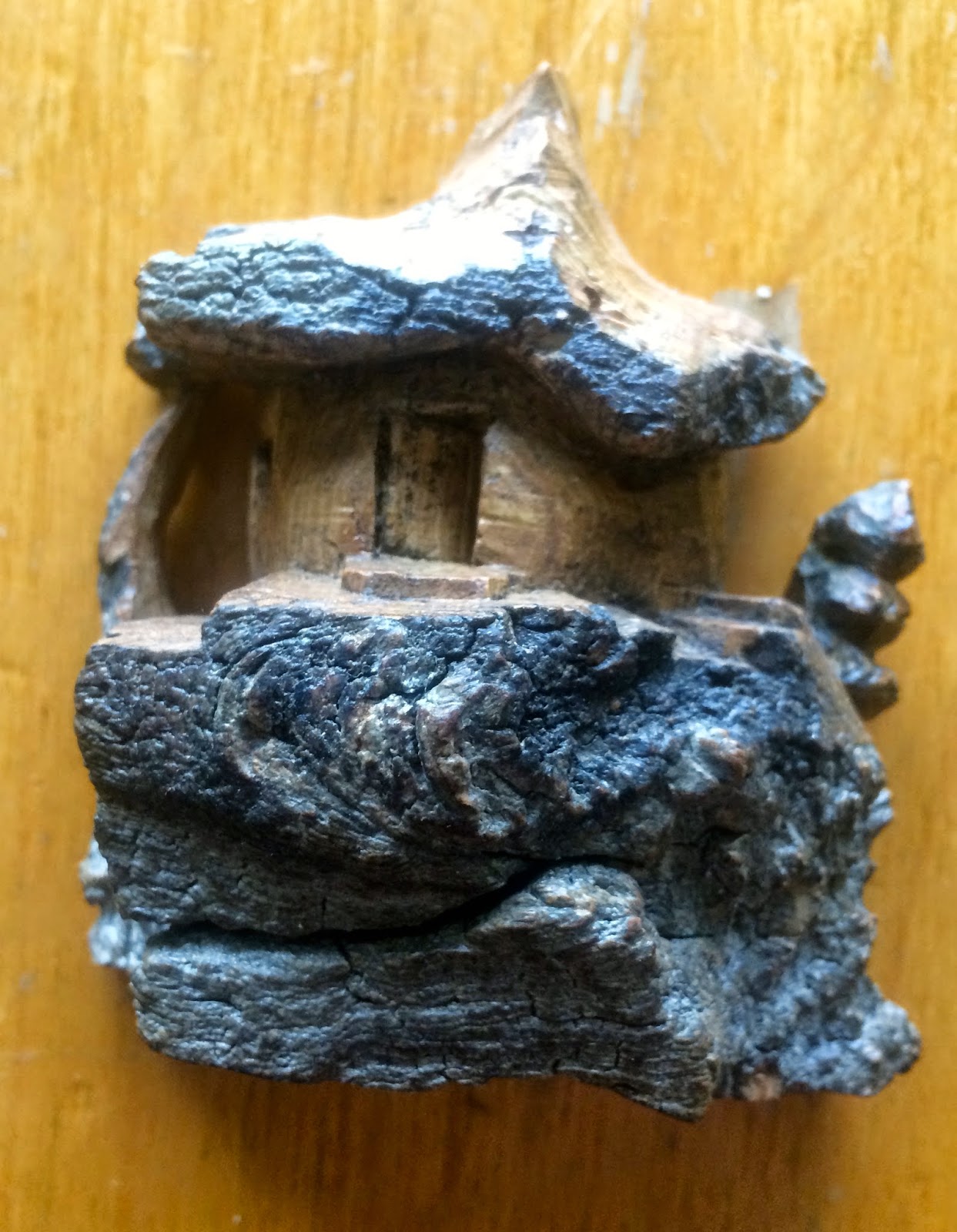 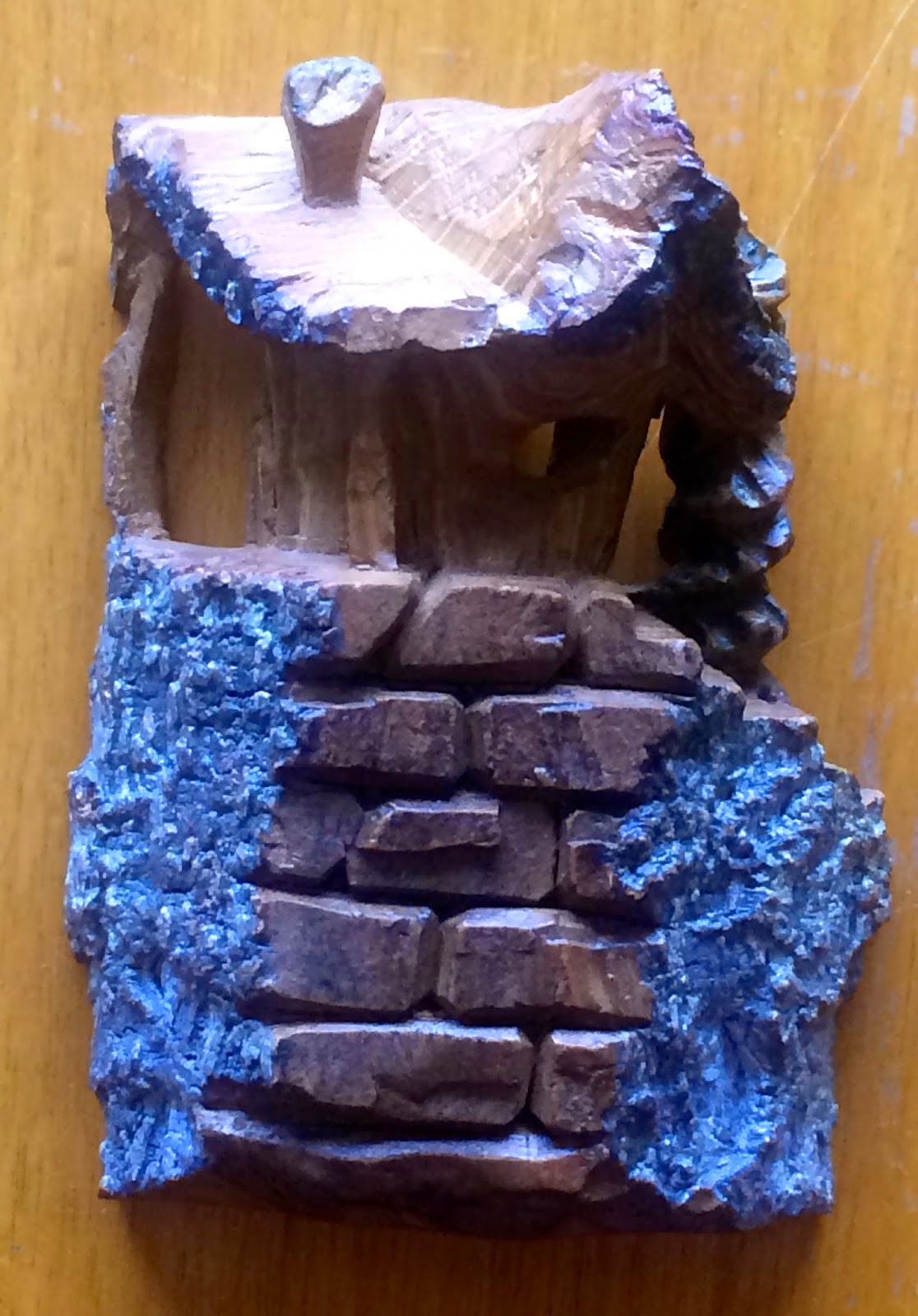 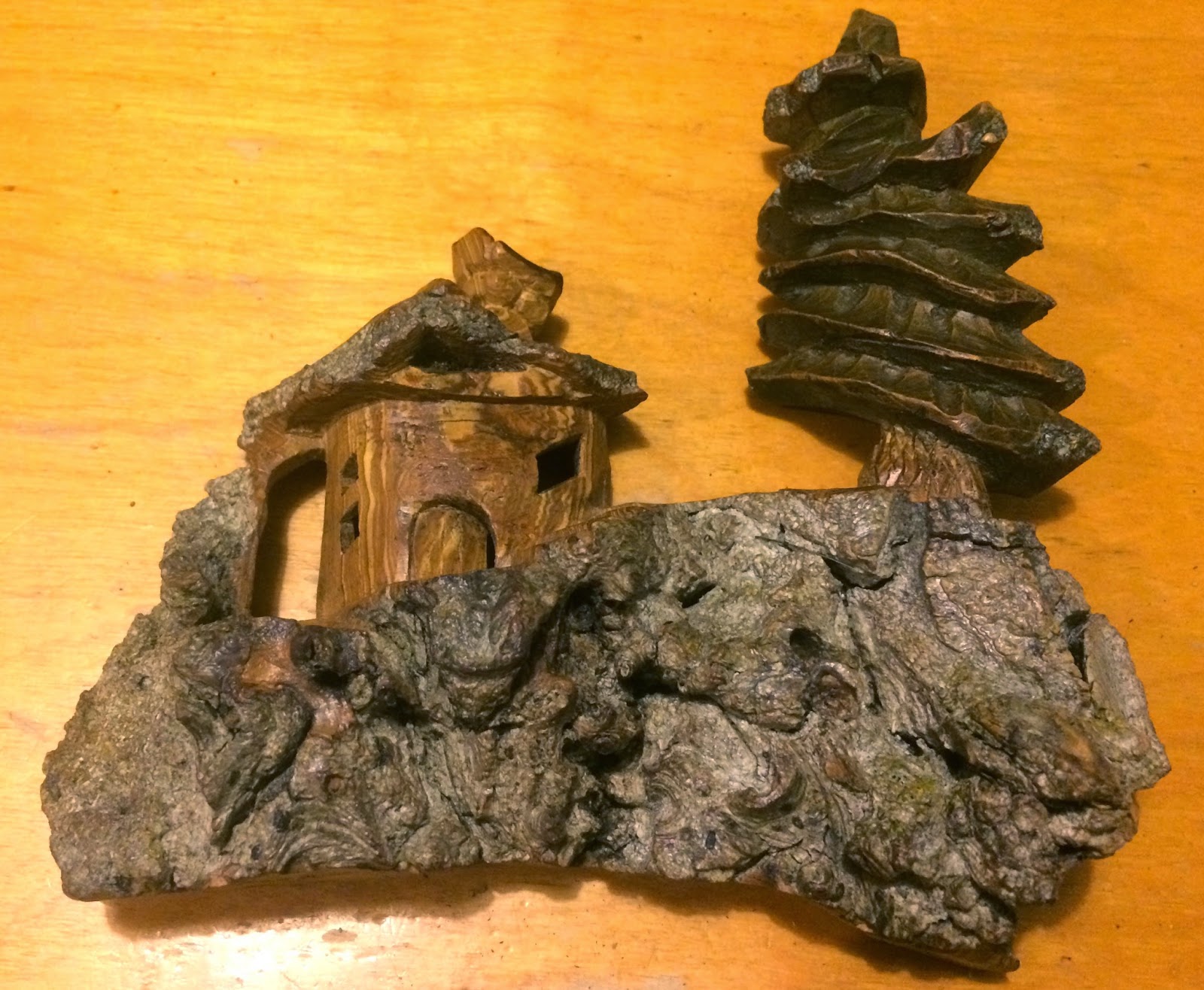 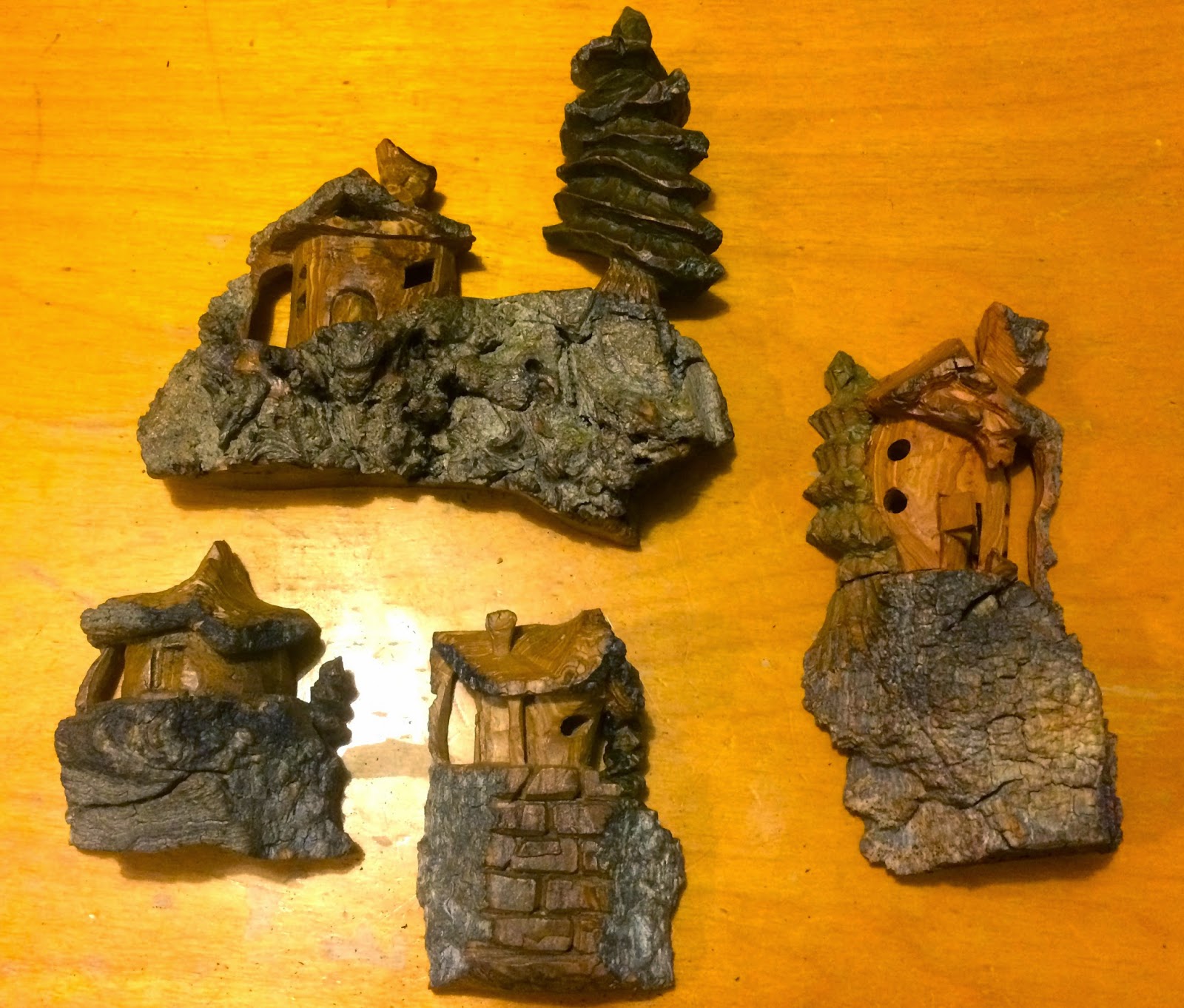 Posted by Rick den Braber at 9:45 PM No comments:

Last year my brother in law suggested we all come visit him for Christmas in the Yukon. All my adult children thought it was a grand idea. I informed them of the -40C and the expense being a negative kind of person. I also suggested that we forgo Christmas gifts in order to better afford the expense of flying to the Yukon at Christmas.

It did not turn out so bad. The weather was warmer than usual with -24C being the coldest during my stay. It actually went up to +2C before the kids came home but than dropped down to -35C to give them a taste of cool. My second son and his wife flew over from Brisbane where it was 37C so had to experience the most extreme temperature swing.

We went tobogganing and snow shoeing and I got to use a kick sled. We went to a world class dog sledding operation and went out for a few rides with dogs that are training for the Yukon Quest and the Iditarod. You'll have to google those names. All I will say is the run they are training for is about a 1000 miles. The woman Michelle Phillips finished 8th in her first Yukon Quest 10 years ago with -60C. I could tell she was tough when I met her. I did not know her history till later.

We had to drill a hole in lake ice to get water pumped to the house a few times while we were there. That was about 18 inches of work to get through.

The most exciting part of my trip was on the last day. We went to one of the lakes on the route that the miners used to get to the the Klondike Gold Fields. I was in search of gold of my own and I hit pay dirt. Yukon Cottonwood bark. I was able to scavenge a a cooler load and more to fill half a suitcase. I brought it back home with me and now the fun will begin.

Enjoy the photos and next time I'll post some finished bark pictures. 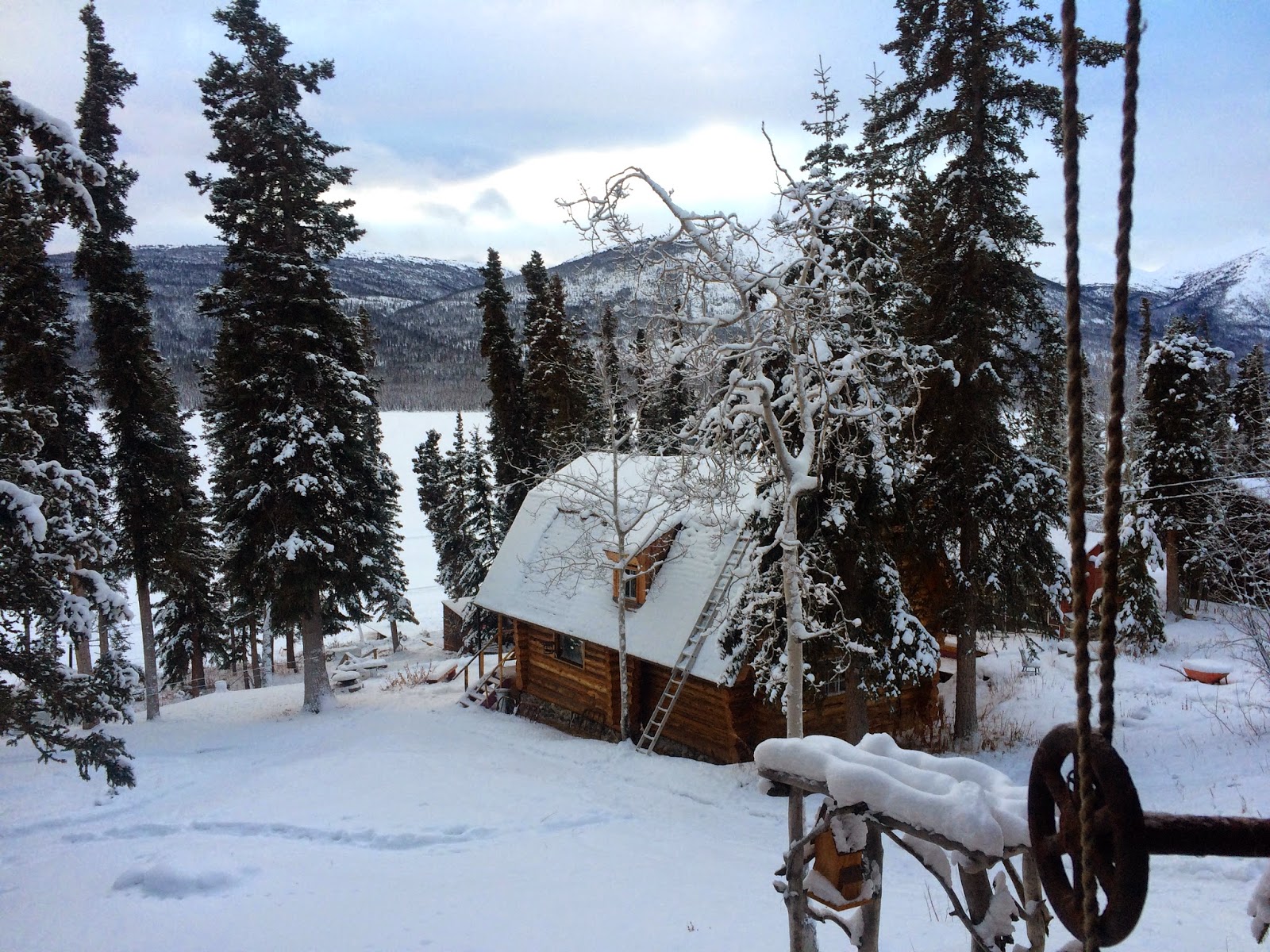 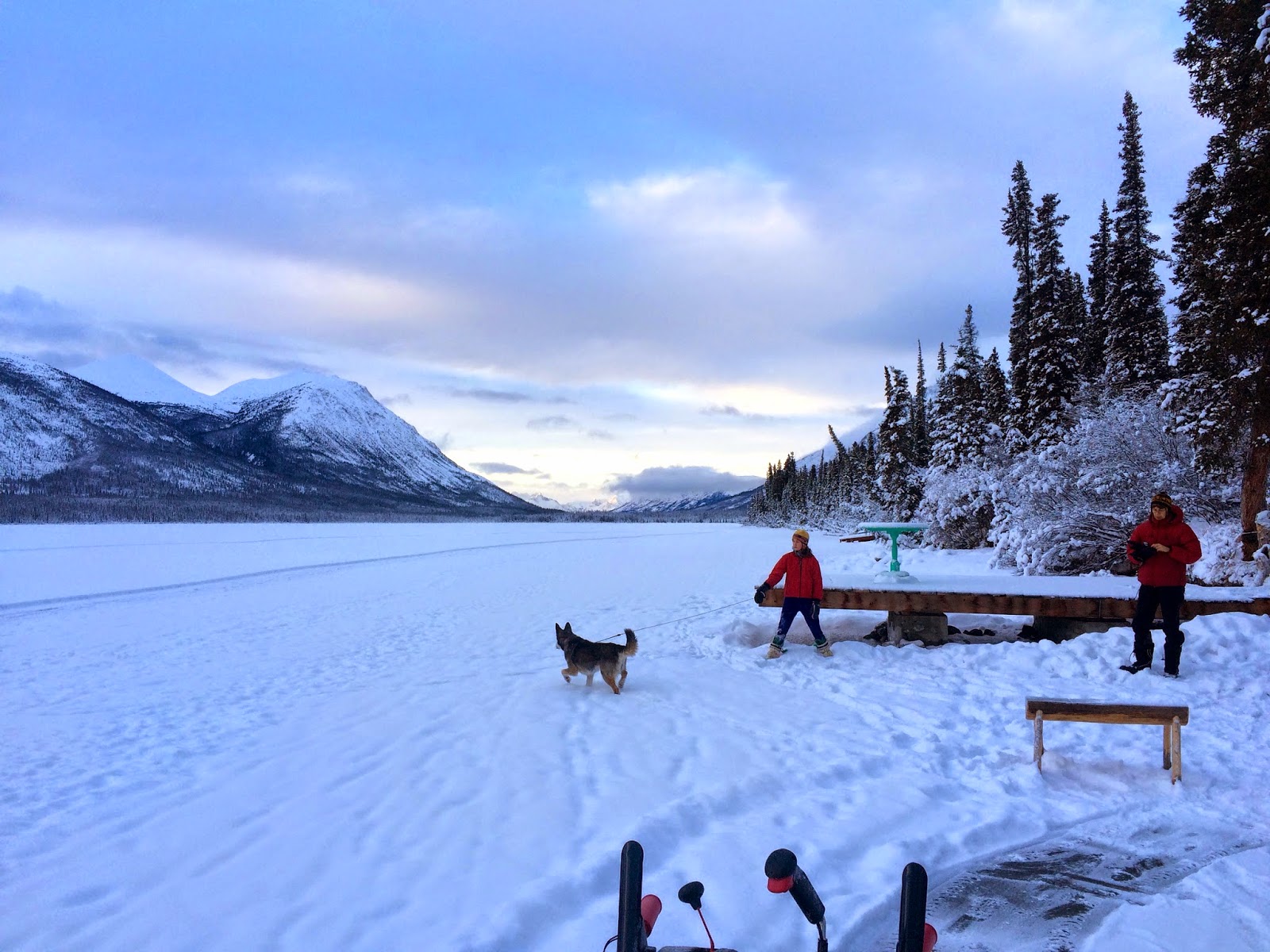 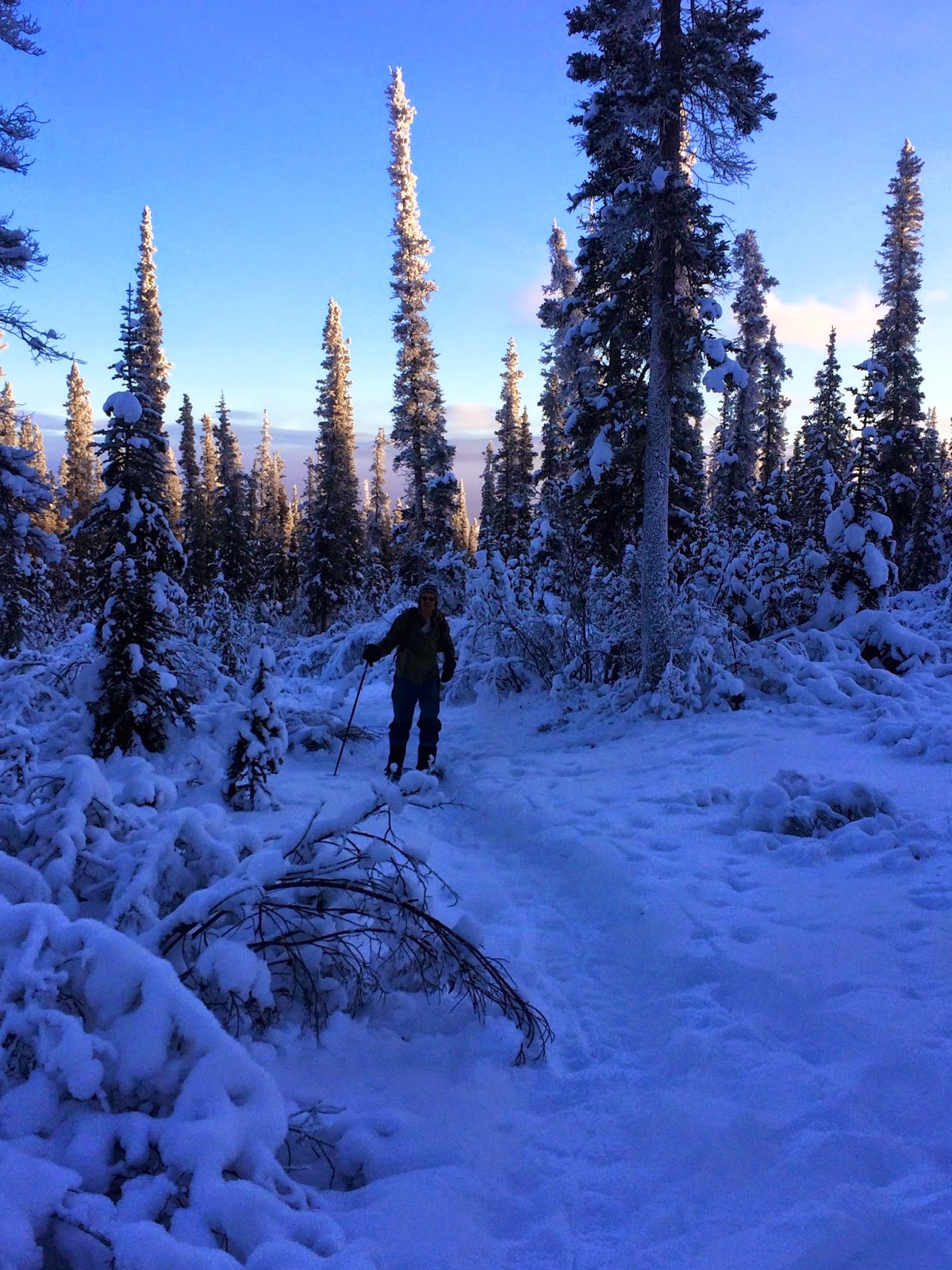 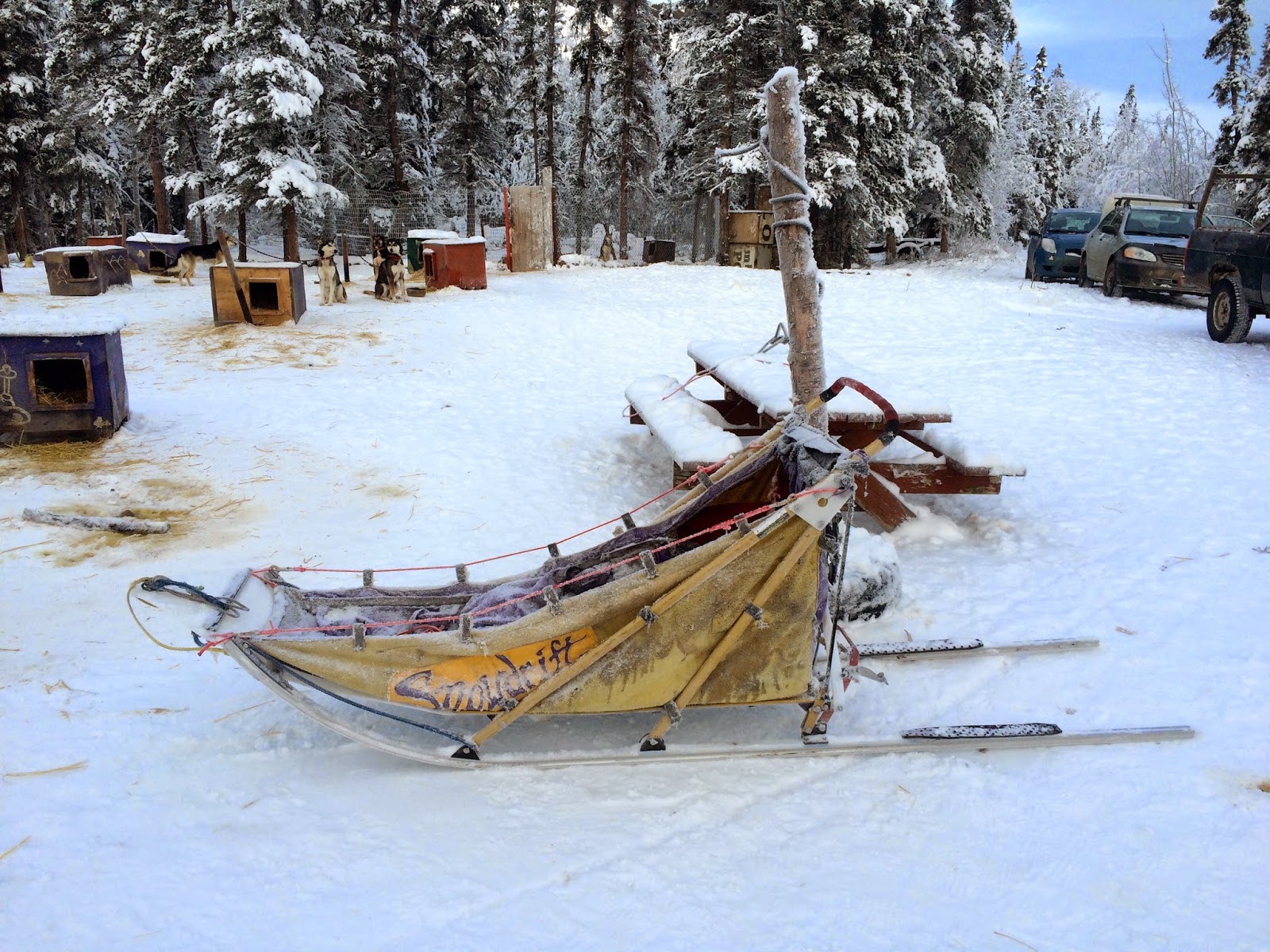 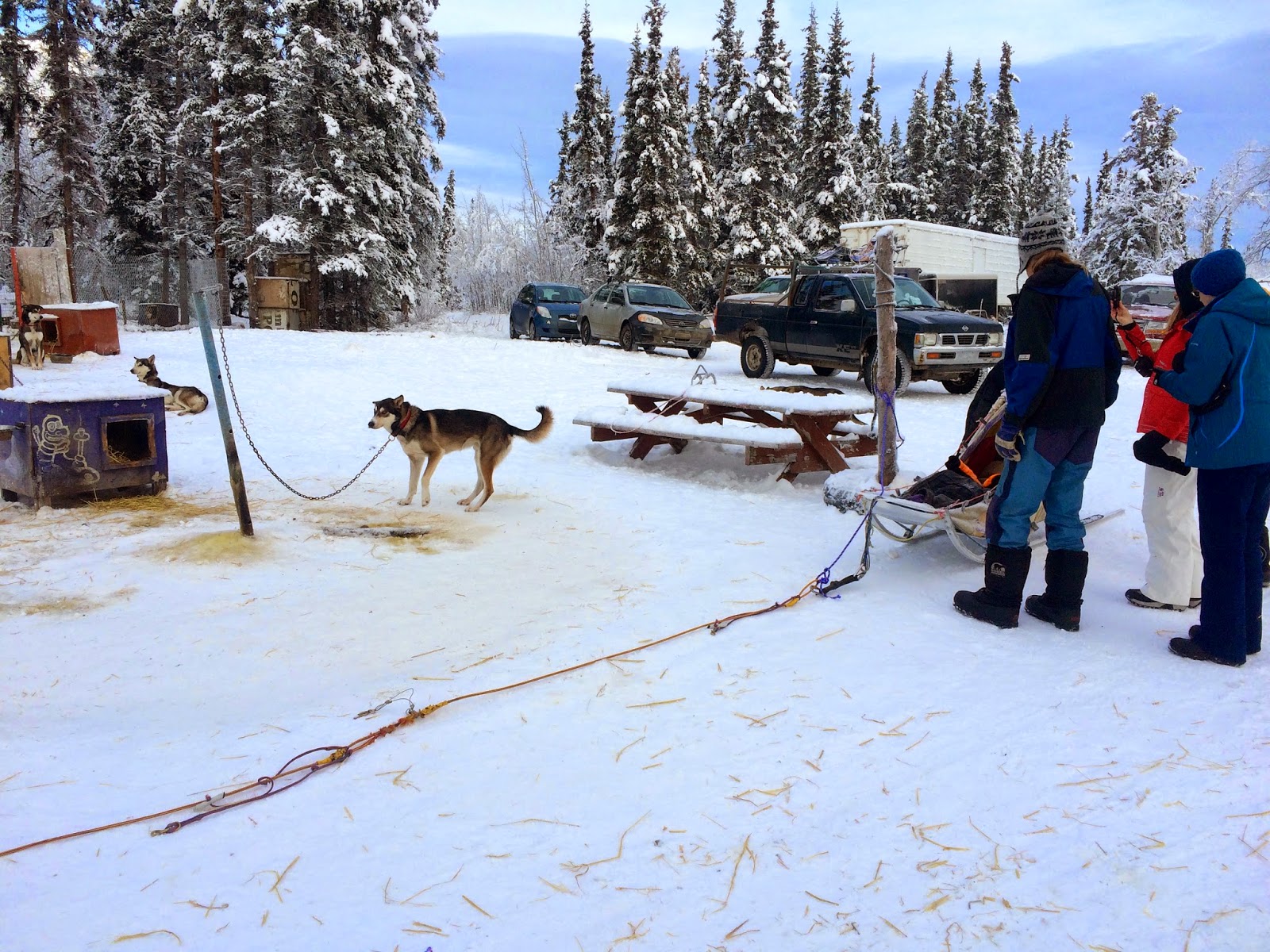 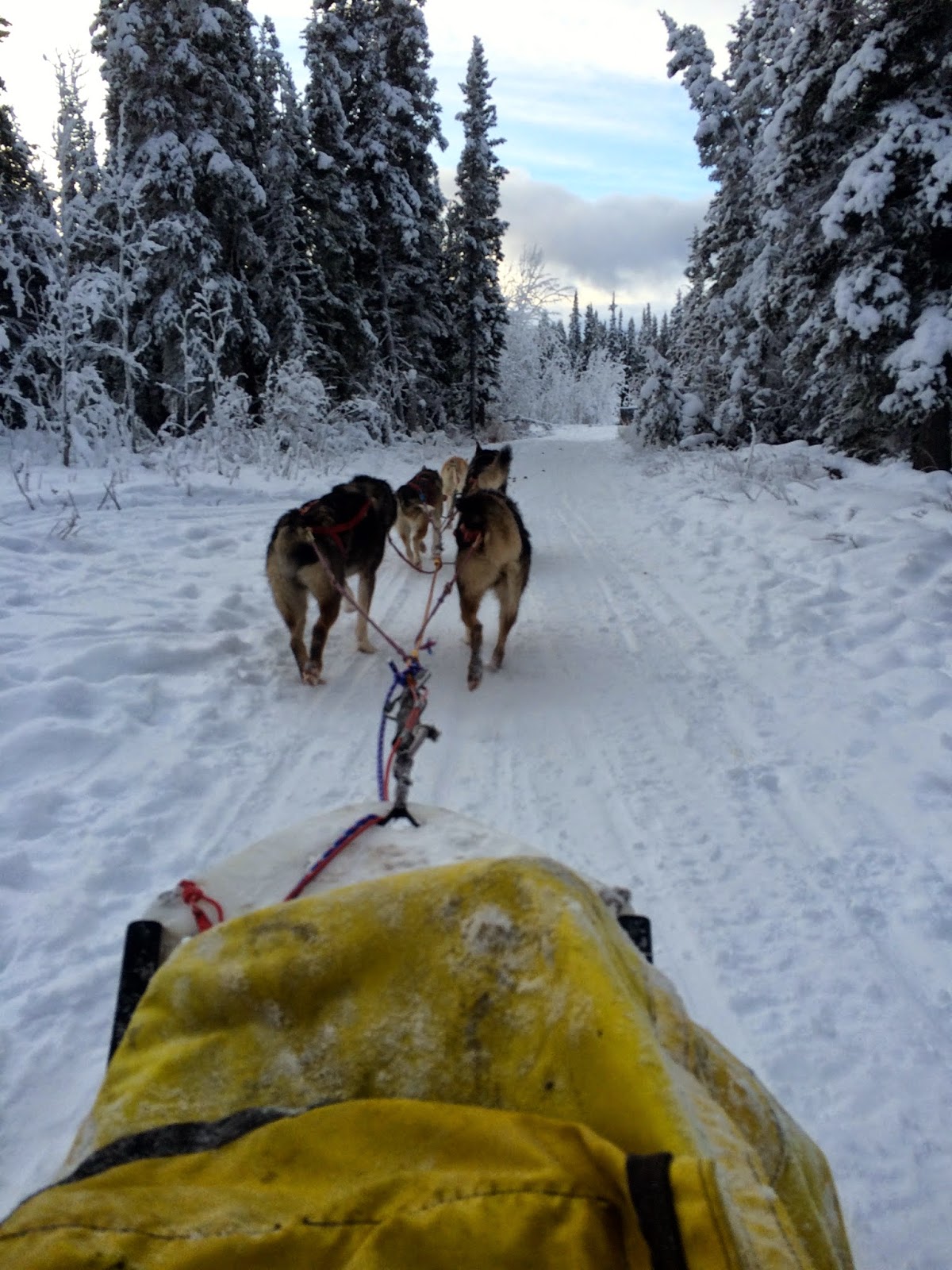 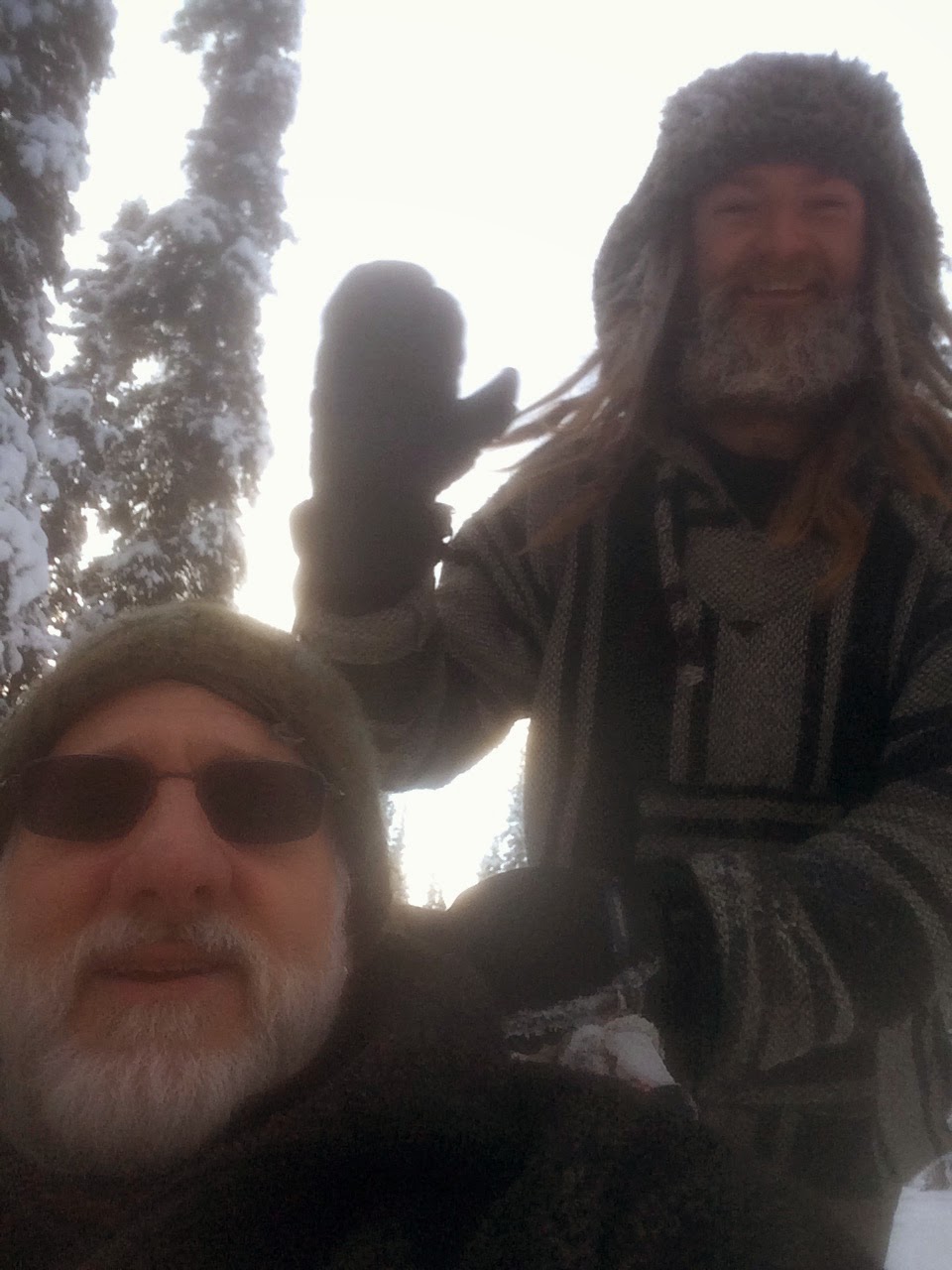 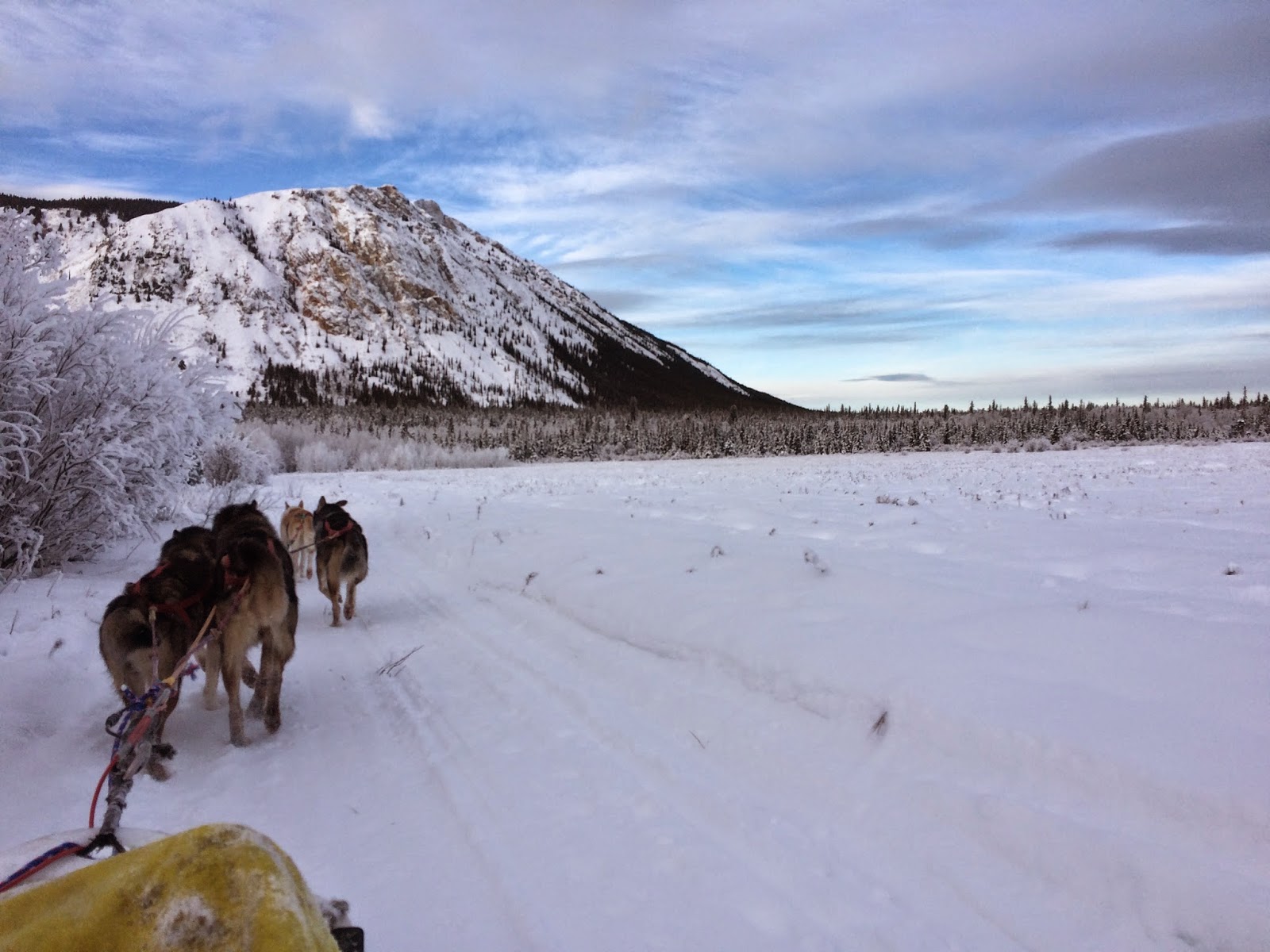 Posted by Rick den Braber at 10:24 PM No comments: